Two weeks ago, I headed to Southern California to race the Sagebrush Safari, the first of three races in the Pro UET Series.  The course consisted of a long gravel climb, four 10-mile laps of unrelenting terrain and a final descent, an old downhill course that was super flowy and fast during the pre-ride, but proved challenging and not quite as fun with close to 50 miles in my legs.

The temperature was in the mid-90s and without a support crew, I had to carry all my own water, of which I drank every last drop.  The course was well marked, the crew very friendly, and I was impressed with the hospitality of the other racers.
After the race, I headed into San Diego to prepare for my Monday morning flight back home.  Little did I know I would stubble upon such a cool scene in Old Town.  Traveling by one's self get a bit lonely and it was a pleasant surprise to find so many happenings just around the corner from my hotel.  I soaked in some live music, a couple of homemade tortillas and a burrito as big as my head (probably the best thing I have every eaten). 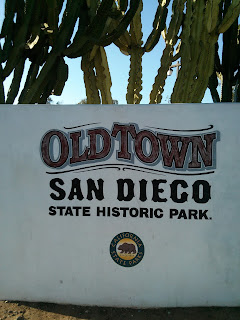